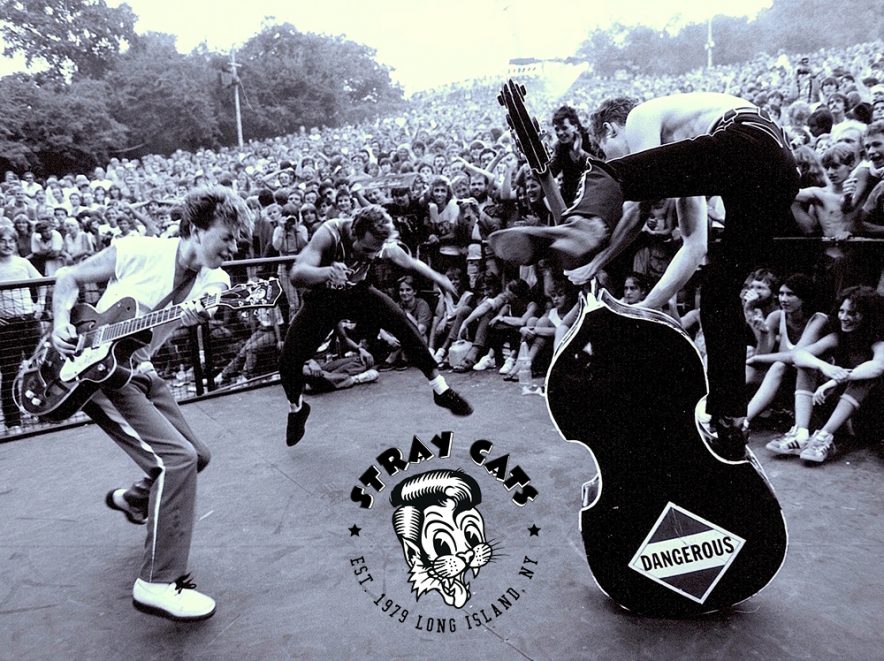 “Before the Stray Cats came, and we had known Brian our whole lives and we were still young, but by the time the Stray Cats played, Lee and I had already played as a rhythm section for thousands of hours together.  We would get together, and he would go boom and I would go bop in the garage all day”.  ~Slim Jim Phantom

The Stray Cats – Brian Setzer, Slim Jim Phantom and Lee Rocker – rockabilly revivalists known worldwide for an incredibly long string of hits that include “Rock This Town,” “(She’s) Sexy + 17,” “Stray Cat Strut,” “Built for Speed,” “Runaway Boys,” “Too Hip, Gotta Go”, “Bring It Back” and “Something’s Wrong with My Radio,” just to name a few were timed perfectly with early MTV, and the wild three-man show was catapulted into the stratosphere after moving to London and playing all day and night at “crazy clubs all over creation”.

Come down early for pre-show videos and clips of Setzer and his Stray Cats followed by Rock This Town LIVE only at The Music Room!