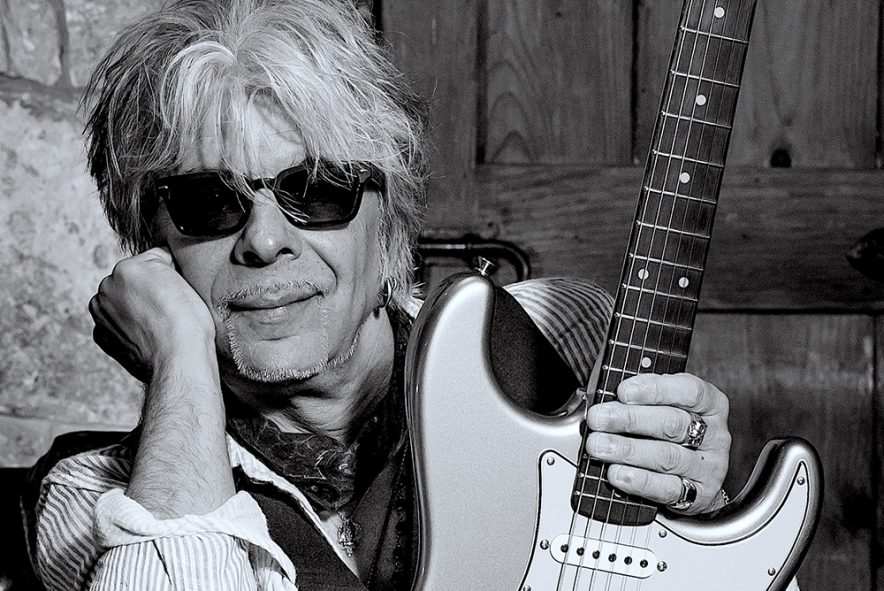 JOHNNY A!  FROM A. TO BEATLES

Spearheaded by Boston Hall of Fame Guitarist Johnny A., and stemming from his passion for The Beatles, the project, “From A. To Beatles”, is a collaboration of Johnny A. and like-minded musician friends to instrumentally “reimagine” the music of The Beatles.

From A. To Beatles features some of the “best of the best” of Boston area musicians (Marty Richards, Dean Cassell & Greg Tawa) with legacies from such iconic bands as The Yardbirds, J. Geils Band, The Joe Perry Project, Peter Wolf, John Cafferty & The Beaver Brown Band, and Bobby Whitlock.

“From A. To Beatles” will take you on an instrumental musical journey celebrating the greatest rock band in history, The Beatles.

Lots of folks throw around the phrase “let the music do the talking,” but only a few have the fortitude to really do it – to just go out there and play, shunning flash, shrugging off image and reeling in the listener on the strength of the songs alone.

Johnny A. is that kind of performer.  For the better part of three decades, the Massachusetts-based guitarist and bandleader has proven himself capable of generating heat at venues from working-class bars to international amphitheaters – and every sort of venue in between.  And when the house lights are turned up, he’s just as adept at captivating serious students of the six-string with a virtuosity that earned him the rare honor of having his name placed on a signature Gibson® guitar.

“I want to create instrumental music and deliver it like a vocalist,” he says “You can be a great player, on any instrument, and people will take notice for a while, but what people really remember is someone who brings them a great melody.”

On Driven, his fourth outing as a solo performer – which is due for release this June, Johnny serves up plenty of that, in more flavors than Baskin-Robbins and Ben and Jerry’s combined.  From the Motown-inflected party-starter “C’Mon, C’mon” to the introspective “A Mask You Wear” (a song that’s flecked with subtle slide playing redolent of George Harrison’s vintage work), he paints vivid landscapes, scenes that create an emotional connection without words.

Nowhere is that more evident than on the album’s sole cover, a languid take on the Bee Gees’ “To Love Somebody,” which fuses the original’s mournful poignancy with a gentle jazziness – not to mention an underlying swing that’s all the more impressive when you consider that it, like the rest of Driven, is the product of a one-man band.

While Johnny has been a bandleader for most of his career, he opted to work alone on this outing.  That meant playing all the album’s instruments himself, but it also meant producing and engineering the songs – which he recorded in a studio that he invested plenty of blood, sweat and tears in building.

“It was different, but it wasn’t all that difficult,” he says of going the solo route on this outing. “I started out as a drummer, so I knew what I was doing there, and I just built the songs on my own.  I just visualized myself as the band – I could see myself playing everything, and doing it all at once.”

That take-no-prisoners attitude has been ingrained in Johnny A. since he first set foot on a stage, whether as leader of locally-acclaimed Boston acts like Hearts on Fire or in the company of acclaimed artists like J. Geils frontman Peter Wolf – whose band he anchored for more than seven years.  It fully came to the fore in 1999, when he independently issued his first solo album, Sometime Tuesday Morning – an album that eventually went on to sell 100,000 copies and spawn “Oh Yeah,” a single that topped the AAA charts (a feat no instrumental song had accomplished in more than a decade).

“When I was in my early bands, I sang, but when I was with [Peter Wolf], I came down with a really bad bronchial infection and never recovered my voice completely,” he says.  “I made a conscious decision at that point to focus on instrumental music.  I re-evaluated how I played, redefined my approach completely.”

That new approach won plenty of accolades from outlets like the Boston Phoenix, which dubbed him “a singular presence on the Boston rock and pop scene, winding jazz, blues, popular tunes, rock, and flourishes of psychedelic improvisation into a tight, passionate ball.”  The success of Sometime Tuesday Morning led to a second release, Get Inside, which brought forth a radio hit in the form of the title track – and drew the folks at Gibson®, who approached Johnny to collaborate on a custom guitar, the second best selling signature model in the company’s illustrious line of instruments.

Ever the restless spirit, Johnny A. continues to glide across genres effortlessly, exploring elements of jazz, soul and even a bit of Chet Atkins-styled country on his instructional DVD Taste, Tone, Space, which was released in 2006.

That stylistic fluidity got front and center placement on Johnny’s 2010 release, the live CD-DVD package One November Night, which captures just such a riveting evening for posterity and proves that, in the words of Premiere Guitar Magazine, “ Johnny A.’s magic crosses over because, like [Bill] Frisell, he doesn’t just play guitar, he plays music.”  That year he earned a Blues Artist of the Year award at 2010’s Boston Music Awards.

The journeying continues on the appropriately-titled Driven, a veritable sonic travelogue that takes the listener from the mists of the hypnotic opener “Ghost” through the rough-hewn terrain of “The Arizona Man,” before fading out in the mysteriously lovely sepia tones of “Gone (Like a Sunset).”

“My goal was to make a really lyrical album that would stay with people, not an album that would make people think ‘wow, that guy’s a great guitarist,’” he says.  “I’m not interested in blowing someone’s head off with my playing, or showing how I can shred.  With my favorite guitarists, I always tried to put my finger on how I could pick them out of a crowd.  You can have all the chops in the world and be voiceless – I always want to have a voice.”

All seating at The Music Room is acquired with a first come, first served basis approach.  The Music Room provides all patrons with a live musical experience above and beyond your average concert hall, and supporting this vision are the 4 tiers of available seats at The Music Room.  With a nod to classic record sales certification, the 4 tiers are: Diamond, Double Platinum, Platinum, and Gold.  Seats range in price based on several factors including artist availability and distance to the stage.

Do you have the same number of seats for each tier?
No.  The Diamond tier of seats only has 12 seats available.  These seats are 4 top rounds located right at the foot of the stage.  You cannot get any closer to the artist than these 12 seats.  These are considered premium seats and are usually purchased by the most ardent fans.

Gold seating is available in the bar area and can be considered first come, first serve general admission.  Most of the seats are unobstructed but depending how patrons sit at the bar or high tops, there might be a slight obstruction. Standing room is permitted in the Gold section. The sound is excellent and most Gold level tickets are purchased by patrons that want to be near the bar specifically or by patrons wanting to be further away from the stage by design.  Please refer to our pictures to determine if this area is what you are looking for.  There are 24 Gold seats available and or Standing Room.

*TICKET DISCLAIMER: The Music Room has a NO REFUND POLICY.  In the event of a cancellation/reschedule, The Music Room will always honor the purchased ticket for the same seat and same artist at the original price.  If a show is cancelled and not rebooked, ticket holder will be issued a credit towards any future show/event at The Music Room.  Ticket holder assumes all risks, hazards, and dangers.  Event subject to change.  No ticket required for entry. Please bring I.D*