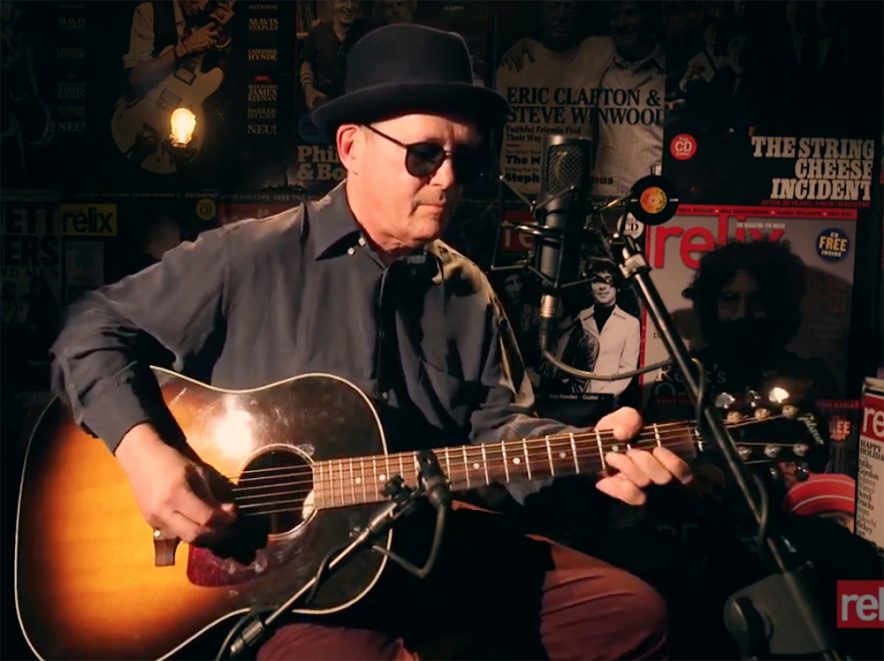 Best known for his work with the ground-breaking group Television, Richard Lloyd is a strikingly gifted guitarist who has created an impressive body of work both as a frontman and as a collaborator with other musicians.  Capable of bold, angular patterns as well as elegant, languid melodic lines, Lloyd first found acclaim for his work on Television’s first two albums, Marquee Moon (1977) and Adventure (1978).  Lloyd’s solo career took a while to take off as he struggled with personal demons, but with 1985’s Field of Fire, a highly personal and explosive set, he reaffirmed his status as a major talent.  Lloyd impressed audiences as a sideman in his work with John Doe (1990’s Meet John Doe) and Matthew Sweet (1991’s Girlfriend and 1993’s Altered Beast), and he helped to revive the influential pre-punk band Rocket from the Tombs with a series of live shows as well as the 2003 album Rocket Redux.  And in the 2000s and 2010s, Lloyd put a new emphasis on his solo career with albums such as The Cover Doesn’t Matter (2000), The Jamie Neverts Story (2009), and Countdown (2018).

Lloyd was born in Pittsburgh, Pennsylvania on October 25, 1951.  Developing an interest in music as a youngster, Lloyd started out as a drummer, taking lessons from noted percussionist William Kessler.  However, when Lloyd saw The Beatles appear on The Ed Sullivan Show in February 1964, he fell in love with rock & roll, and as he dug deeper into the work of the British Invasion artists then dominating Top 40 radio, he became more aware of the jazz and blues musicians who influenced them.  Lloyd quit the drums to take up the guitar, and in the late ’60s, he became friends with Velvert Turner, a fellow guitarist who was mentored by the legendary Jimi Hendrix.  Turner passed along what he had learned from Hendrix to Lloyd, and Lloyd also soaked up plenty of other influences, attending shows by the likes of Led Zeppelin, John Lee Hooker, The Who, Jeff Beck, The Grateful Dead, and The Allman Brothers Band.  Lloyd also had a knack for getting backstage at shows, and he often had a chance to meet and compare notes with guitarists he admired.  Deciding the guitar was where his future lay, Lloyd began taking his guitar with him to high school every day instead of his books.  He eventually had to repeat his senior year at a different school, where he became friends with Al Anderson, another guitarist who would go on to play with Bob Marley.