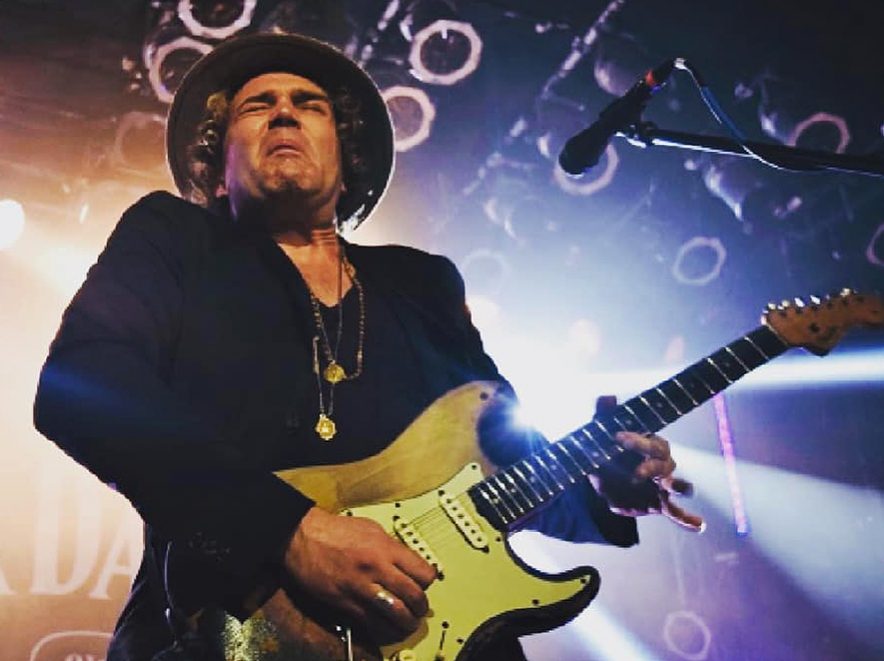 Reports of rock and roll’s demise have been greatly exaggerated, and Philip Sayce aims to keep it that way.  On his new album Spirit Rising, Sayce boldly lets his freak flag fly, reaffirming his status as one of the best electric guitarists on the planet right now, but also demonstrating that he’s got a lot to say.

Those ideas have been building for a while now, as Spirit Rising marks Sayce’s first studio effort since 2015’s Influence, an album that found he and famed producer Dave Cobb brilliantly refurbishing a wide range of obscure rock nuggets.  With Influence bringing Sayce to the attention of many new listeners, Spirit Rising shows the full breadth of his talents, and how much they have evolved.

“Given some of the things that were happening in my life, which ended up inspiring many of the songs, I needed to take charge of this record.  I knew from the beginning how I wanted it to sound, and if I ever got stuck, there were lots of people I could ask for advice.”

Fans who want to hear Sayce’s blazing fretwork will certainly find a ton of it on Spirit Rising.  That aspect of Sayce’s musical identity is, after all, how he built his reputation starting in his adopted hometown of Toronto, where the legendary Jeff Healey took him under his wing in the late 1990s.  After touring the world as a member of Healey’s band, Sayce relocated to Los Angeles where he landed a four-year gig with Melissa Etheridge before officially launching an independent solo career in 2009 with the album Peace Machine.  Sayce’s subsequent albums firmly established a rabid fan base in Europe, where he toured with the likes of ZZ Top and Deep Purple.  All of this eventually got the attention of Warner Music Canada in 2015, leading to the release of Influence.

In some ways, then, Spirit Rising lives up to its title in terms of embracing new beginnings, and knowing this, it was important for Sayce to start the process by returning to his roots in their rawest form.  “The initial approach in the studio wasn’t dissimilar from how I made Peace Machine,” Sayce explains.  “For at least half of the songs on Spirit Rising I set up my amplifiers in the live room with drummer Michael Leasure, so there was lots of bleed in the mics, very live sounding.  We approached playing the songs and grooves just like we do live, and shaped what was working from there.”

What was different this time was the support and feedback Sayce received throughout the process, as well as opportunities to collaborate with other songwriters such as Richard Marx, the L.A. writing team/band Distant Cousins, and Toronto’s Gavin Brown and Maia Davies.  Their contributions fit seamlessly alongside Michael Nielsen-produced covers of two of Sayce’s blues heroes, Lightnin’ Hopkins and Magic Sam, along with a song by his mentor Jeff Healey.  In fact, the overall variety of material on Spirit Rising reflects Sayce’s determination not to be pigeonholed, with tracks like the soulful “Give Me Time” and “Once” balancing speaker-shredding jams like “She’s The Music” and “Wild.”

“To me, rock, blues, jazz and hip-hop all come from the same family tree,” Sayce says.  “So I most often describe my sound as roots music because it contains influences from all of those elements.  At the same time I want to take my sound in new directions that reflect who I am, where I am, and where I’m heading next.  That was the most exciting part about making Spirit Rising.  Getting to experiment with so many people from different creative backgrounds was a real thrill, and a privilege.”

The foundation of it all is Sayce’s guitar playing, and unlike some doomsayers bemoaning the diminished role of lead guitar in mainstream rock, he believes a return to that former glory is imminent due in large part to YouTube and other digital media.  “There is a sea of young players coming up right now who have unlimited access to learn techniques that took people of my generation years of searching and trial and error to figure out,” Sayce says.

“I think it all depends on where you look.  We’re just at the tip of the iceberg with people like Rival Sons, Gary Clark Jr. and Greta Van Fleet now getting mainstream attention, and when you go to their shows, they are always packed.  I feel like it’s a really great time to be making rock and roots music, and my hope is that this new album will appeal to those fans, both old and new.”

It’s often been said that it takes many years to become an overnight sensation, and in many respects that’s the trajectory Philip Sayce has been on.  Listening to Spirit Rising, the experience he has accumulated thus far is undeniable.  Yet, there is also an unmistakable drive to break new ground.  With artists like Philip Sayce, the future of rock and roll is in safe hands.