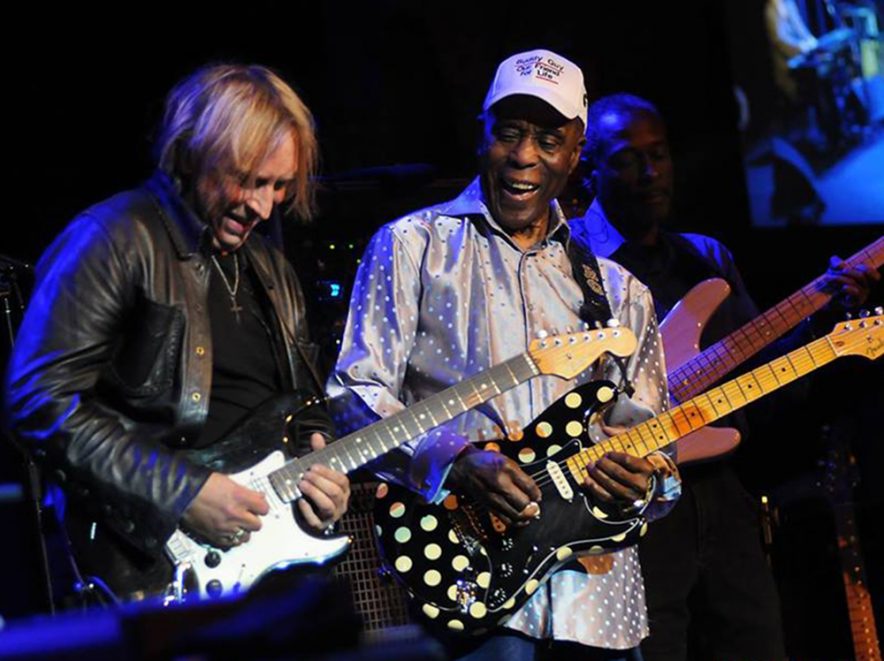 Paul Nelson is an American modern blues/rock guitarist, record producer, and songwriter as well as the Grammy Award winning producer at The Music Room’s STUDIO A. He has played alongside artists such as Eric Clapton, Buddy Guy, and members of the Allman Brothers Band. He was the hand-picked guitarist to join Johnny Winter’s band performing on and producing several of Winter’s albums, including the Grammy-nominated I’m a Blues Man, Roots, and Step Back which won Nelson a Grammy Award for Best Blues Album, debuted at #1 on the Billboard chart for Blues Albums, and Independent Albums, and debuted at #16 on the Billboard 200 albums chart, marking the highest spot in Winter’s career. Nelson is also a Blues Music Award recipient for Best Rock Blues Album and has been inducted into the Blues Hall of Fame and is a recipient of the KBA award from the Blues Foundation. He received a Grammy nomination for his work as producer and performer on Joe Louis Walker’s Everybody Wants a Piece.