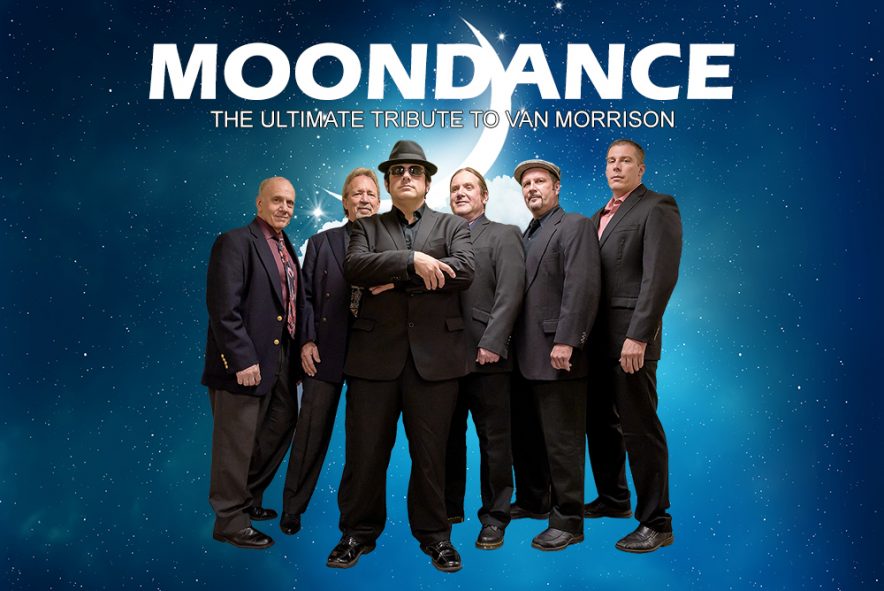 Rock and roll doesn’t get any better than Van Morrison.  Van the Man has done it all, from classic rockers like Brown Eyed Girl and Domino to legendary tunes like Tupelo Honey and Into The Mystic, the Rock and Roll Hall of Famer has never failed to impress music lovers around the globe.

Moondance is the ultimate Van Morrison Tribute Concert.  This incredible show captures the Van Morrison concert experience like no other.  You’ll hear all the classic tunes including It Stoned Me, Tupelo Honey, Wild Night, Into The Mystic, Caravan and the entire catalogue.  The show is packed with one VM classic after the next.

“An incredible recreation of the Irish legend.”  ~LA Times

“If Van Morrison isn’t coming to your town, Moondance is the next best thing!”  ~Dallas News

“A very impressive and realistic portrayal of Van Morrison…a must see.”  ~Hawaii Reporter