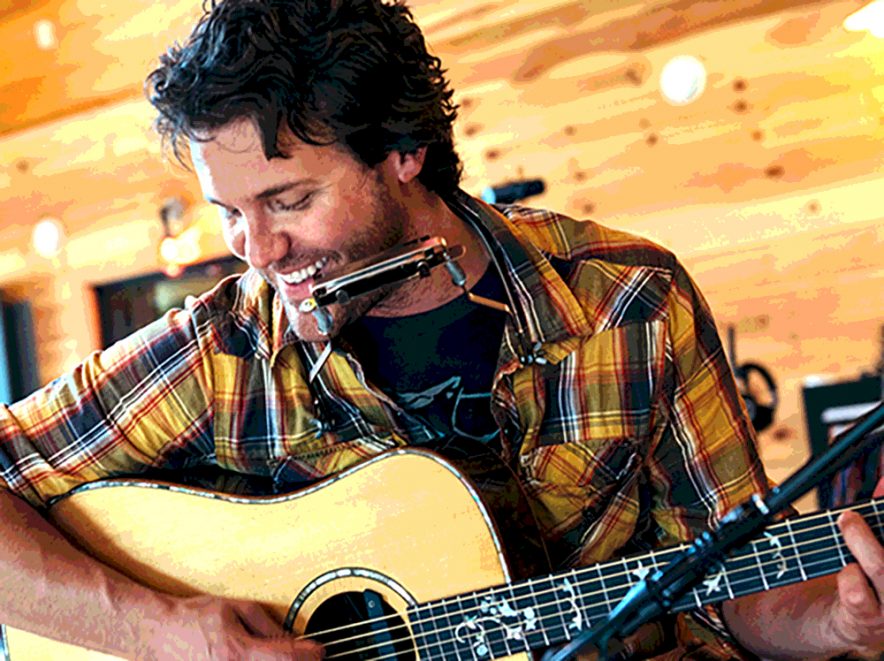 Multi-award winning New England-based songwriter discovered his father’s collection of eight-track tapes as a child and never looked back.  After early exposure to songwriter legends like Neil Young, Paul Simon, Jim Croce and Van Morrison along with Motown heavies like Marvin Gaye, Stevie Wonder and Gladys Knight, Jason was inspired to start making the rounds on coffee house stages in his teens.  Shortly thereafter, he spent time in Europe performing in folk & blues clubs and on the streets of London and around Spain.  Once back in the states, he landed a job at a roots & blues record label where he witnessed numerous Blues legends (including members of the original Muddy Waters band) making magic in recording sessions.  Before long, Jason jumped head-first into the Northeast’s burgeoning songwriter scene.

The maturity and strength of his impressive debut album “Lost Houses” released in 2003, quickly began to turn the heads of fans and critics alike.  Within a few months of the release, he added a blistering rhythm section (Adam Frederick and Reed Chambers) to the supporting cast, establishing The Jason Spooner Trio as one of the most interesting and noteworthy up-and-coming acts since Kathleen Edwards or Martin Sexton.

If Jason’s debut hinted at the potential of a unique new artist, his stunning sophomore release “The Flame You Follow”, released in 2007, expelled any doubt and cemented Jason and the band as one of the “bright light” roots rock acts on the scene today.

The band remained busy after busily promoting their second album and released their first live EP entitled “Live on The Loft” in 2008, recorded on the air at XM Studios in Washington, DC. Originally slated for a limited release on satellite radio, the band was so happy with the results that they decided to share it with the world, with an enthusiastic blessing from XM Sirius!

“Sea Monster”, the third studio album released in 2010, is active proof that the independent path is the way of the future.  Co-produced by Spooner and Jonathan Wyman, “Sea Monster” was recorded in Maine with longtime touring bandmates Adam Frederick on bass and Reed Chambers on drums, and features a guest appearance from veteran pedal steel virtuoso Bucky Baxter (Bob Dylan, Ryan Adams, R.E.M). “I think we definitely unearthed some new territory with this record,” says Spooner.  “We spent countless winter months in my drummer’s attic shaping these tunes from the ground up as a band.”

“Sea Monster” is a departure from Spooner’s previous releases.  He explains, “In the past, I had been so focused on making acoustic music that the electric was relegated to more of a supporting role.  This time around, I just focused on the right guitar for the right song.  There’s no question that the electric ended up front and center on this record and I’m very happy with the progression.”

Regardless of the explanation, the new album’s undeniably positive reception at Triple A, satellite and folk/Americana radio stations across the country has been resounding and unanimous.  The album’s second single “Half a Mind” spent several weeks on the Triple A charts (both comm. and non-comm.) in early 2011 and reached #18 on the singles chart.  It was the only independent release on the chart.

The album’s third single, an instantly lovable and more rootsy take on Trent D’Arby’s 80’s classic “Wishing Well” debuted in March 2011 as the 3rd most-added track at Triple A radio behind Radiohead at #1 and Los Lonely Boys at #2.

The album has been praised by Sirius/XM as “a very rare and special record that is destined to put Spooner on the musical map,” and earned the songwriter national overhead rotation at Starbucks, a feature on NPR’s All Things Considered and a full tour schedule which promises to grow even busier as he and the band prepare to open this summer for blues legend B.B. King and appear at Jackson Hole, WY’s Targhee Fest. with the likes of Little Feat, The Funky Meters, Michael Franti, Grace Potter and Sara Bareilles.

Jason’s writing style continues to emerge as a crucial strength that sets this Portland, Maine-based artist apart from the fray of young songwriters populating the New England music scene.  Admittedly far from content with the majority of songs dominating today’s radio charts, Jason hovers in a unique space between the literal and the psychological.  As a writer, he often provides enough detail to ignite the listener’s imagination while enabling them to deliver some personal experience to the equation.  In a recent interview, Jason described the songwriting process saying, “I’ve written a handful of ‘story’ songs which can be interesting way to communicate but I definitely think the vast majority of the tunes I end up with tend to be broad-strokes vs very literal accounts or thematic “songwritery” songs.  I try and keep the concept of poetry in mind regardless, some poems are powerful in their starkness and others are powerful in the breathing room that reader has to process a series of words.”

“With songwriting, I view it as a spectrum between the stark and the broad-stroke as well.  A writer like Johnny Cash for instance; there’s really no time or need for songwriting devices, cleverness or trickery there.  It is what is it.  The poetry and the power is in the honesty and the starkness of it.  On the other end of the spectrum, I think of bands like R.E.M. and Radiohead or songwriters like Tom Waits or Leonard Cohen.  The lyrical approach is such a contrast to the literal stuff.  Things are far more shrouded and murky but tastefully so.  In these cases, I enjoy the mystery of the listening experience because I can inject some personal experience into the process.  So when I write, I think I present a framework but I try not to hit listeners over the head.  I generally don’t enjoy songwriting where the metaphor is overwhelming or where the you can see the puppet-master’s strings everywhere.  It’s almost like watching Soap Opera acting.”

Whether you’re a fan of great songwriting or power-house live performance, Jason Spooner and his fabulous band represent a formidable emerging act that should be watched closely.