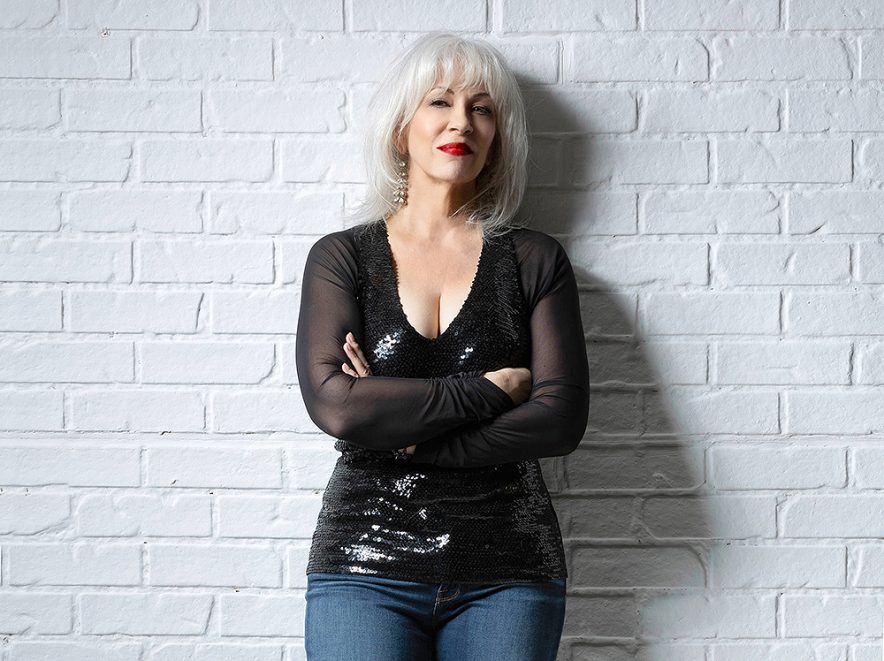 The seven-time Blues Music Awards recipient (and the 2009 B.B. King Entertainer of the Year, the Blues Foundation’s highest honor) and 2016 Grammy Award nominee is releasing the Fathead audio book edition of Weeds Like Us, her frank, profoundly moving 2019 memoir, produced by Los Angeles composer and musician Matt Cartsonis.

LA Weekly named the volume its “Book of the Month,” while No Depression said, “[Magness] plumbs her own emotional depths, carrying us with her through her own hells and back to the other side.  Ultimately, Magness’ memoir is a story of hope and the refusal to let the worst experiences of life kill you.”

Magness, who co-wrote four of the dozen compositions on Hard to Kill, says of her boldly honest and affecting new collection of songs, “I feel like it’s a retrospective — not just of my musical life, but of my life.  At this point, with what I’ve been through in my life, top to bottom, you know what, the gloves are off, and the rules are, there really aren’t any rules.”

The musician sees a direct link between her new album — which leads off with the autobiographical track “Strong As Steel” — and her book, an unflinching and shattering look back at a life shaken by physical and sexual abuse, the suicides of both her parents, years in foster care, drug addiction and alcoholism, and teenage pregnancy and motherhood.  It also details the beginnings of her distinguished musical career, for which she found early inspiration in the work of such blues titans as Otis Rush and Etta James.

“I like true stories,” Magness says.  “My dad said something to me a long time ago; the meaning of it has changed over time, as things like that do, if we wake up.  He said, ‘The truth will set you free.’”

Sitting on the bedrock of blues, soul, and funk, the music on Hard to Kill is so tough and assured that it comes as a surprise when Magness says she was initially uncertain about undertaking the making of a new album.

She recalls, “Coming out of the pandemic, I had gotten to a pretty dark place.”  She chuckles, adding, “I laugh, because how is that a surprise?  Is this news of some kind?  I’d gotten there just as many of us had, and I had lost myself.”

Magness turned the corner creatively after her husband suggested that she should talk things over with Dave Darling, her longtime producer, guitarist, and friend.  She began writing new material in the spring of 2021.  Looking back, she now realizes that her new songs were tied to the intense memories and feelings she had exposed in Weeds Like Us, “The book and the songs are very, very connected.  I was not even aware of that at the time.”

Hard to Kill is bracketed by the album’s most powerful and personal songs, which Magness penned with her Australian collaborators Lauren Bliss and Andrew Lowden, whom she describes as “incredibly intuitive writers.”

“Strong As Steel,” the source of the album’s title, is a statement of survival and a potent and bluntly honest look back at Magness’ wild and chaotic younger days.  “Oh Pearl” is a naked song written as an open letter to the singer’s daughter, whom she gave up for adoption as a 17-year- old unwed mother.

She says of the latter track, “It’s part of my amends.  One woman who heard it said, ‘This song is for all mothers who have troubled relationships with their daughters, for all of us birth mothers who have given up their children.’”

“I’m Still Here,” which draws its title from a passage in Weeds Like Us, was co-written by Magness and Annie Mack, who also collaborated on the album’s first single, “Don’t You Forget About Me,” and “Closer.”

Magness says of Mack, who like her is a product of Minneapolis, “She’s a wildly talented artist.  She’s been from Hell to breakfast.  I first ran into her when I was in Memphis as a judge for the International Blues Competition.  I walked into the Pig on Beale Street, and it was rammed with people, and here’s this woman, got to be eight months pregnant, maybe more, on stage with her band, just sangin’ her ass off.  And we became friends.”

Producer Darling wrote or co-wrote six of the album’s songs.  The arrangement of one, the buoyant “Lover Girl,” conjures up Magness’ Minneapolis roots, and the style of the artist who was perhaps the city’s greatest musical product.

“I can’t say I knew Prince because I had his phone number or something,” she says, “but I was living in Minneapolis and hanging around in the clubs during that whole time when he was starting to come out locally, before he was a big deal.  Prince and I took the same city bus — I used to see him on the bus on Hennepin Avenue.”

The album is rounded out by a cover of “The Last Time,” authored by songwriter’s songwriter John Hiatt.

Armed with this brace of quality material, Magness entered Studio City Sound in Studio City with her band in December 2021, on the heels of recording Weeds Like Us.  It proved to be an extremely reflective experience for her.

“I recorded the audio book, and then we tracked the record, boom-boom, right next to each other,” Magness says.  “Doing that audio book opened the lens on the camera super-wide, because I don’t walk around on a daily basis thinking about all that stuff any more.

“But reading what I wrote aloud gave me a reminder that I’m gonna be all right.  Whatever I’m afraid of or worry about or upset about, I’m gonna get through.  At the same time that I was coming from this place of being so unsure of myself, a part of me said, ‘You know what?  You might be kind of a badass.’”

Hard to Kill leaves no doubt about it!