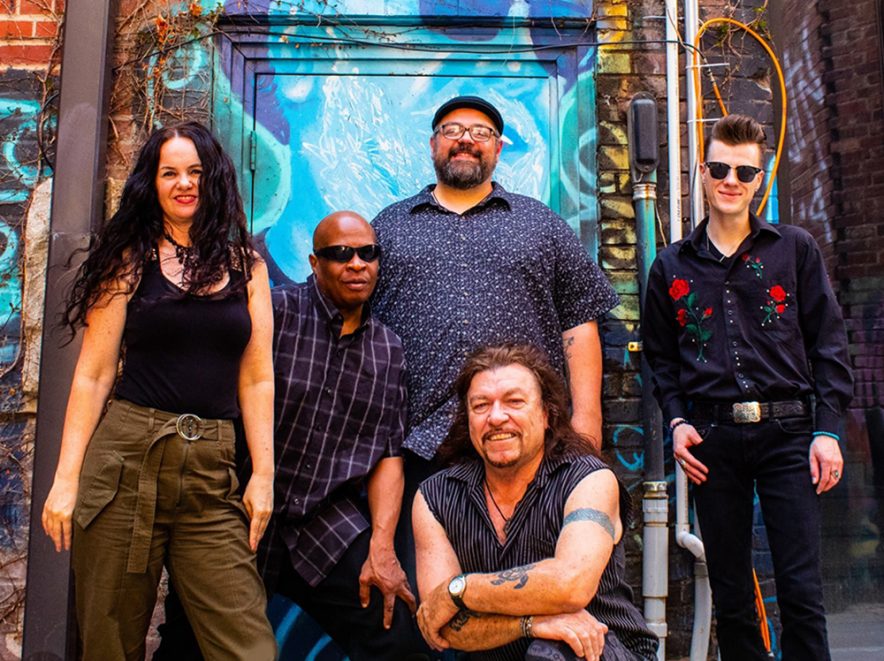 An amalgamation of roots, blues and world music, award winning Australian singer/songwriter Peter D. Harper creates a heady mix of roots music through his creative use of the harmonica, and the haunting drone of the didgeridoo.  By combining traditional and modern influences, borrowing from Western and World music, Harper has created a highly original take on the roots genre and has received an amazing 14 x Music Awards in four different countries and has performed on over 2000 Films, commercials and TV series.  Considered to be a virtuoso harmonica player, Harper’s innovative use of electronic enhancement and feedback, breaks the traditional boundaries of the harmonica, giving his music its distinctive harmonics and effects.  The powerful guitar sounds and the unique drone of the didgeridoo create raw yet eerie sonic textures, sounding both primal and contemporary at the same time.  Harper is backed by his very talented American Midwest based band, Midwest Kind.

Born in the United Kingdom, Harper’s musical journey began early, performing in brass bands playing the trumpet and euphonium.  At the age of ten, his family moved half way round the world to Perth, Western Australia, and his Grandfather introduced Harper to the harp.  In Perth, one of the most isolated cities in the world, there was a thriving blues and folk scene.  The blues had a rawness, an honesty and a passion of the soul which spoke to Harper deeply.  Then, like every blues lover, Harper began his journey backwards to discover the deeper roots of the music. “I think Muddy Waters really hit me hard.  There was something incredibly special about his sound, his powerful voice and his songs.  I would sing his songs constantly.  I also really dug Sonny Boy Williamson as well.  I loved his rhythmic use of his harp.  I was also inspired by a pretty wide range of players and styles like Little Walter, Sugar Blue and Stevie Wonder who guided me in my harmonica playing.”  But Harper did not stop his search with the blues.  It was a chance meeting with a Hopi “Dan Running Bear” in Silverton, Colorado, that led him down the path to rediscovering the music of his homeland.  Fascinated with the spirituality and culture of the American Natives, he found the same qualities present in the Australian Aborigines.  On adding the native didgeridoo to his music, Harper says “It is a sound I grew up with, so it seemed natural to add it to my songwriting particularly when the lyrics related to the plight of the Aborigines in Australia.  When I added the didgeridoo to the more traditional blues instruments, it worked.  The deep woody qualities and its haunting drone seemed to enhance the emotional quality of my stories.  The didgeridoo is a spiritual and healing instrument, and it seemed blues music accepted it with open arms.  I also owe my life to a tribe of nomadic Australian Natives who saved my father and I from starvation when we were trapped at The Fitzroy Crossing (Western Australia), in between two fast flowing river torrents.  They gave us enough food and water to last us until the flood had subsided.  I feel my music is my way of giving back to these wonderful people.”  Prior to his introduction to American audiences, Harper released six albums to great acclaim in his homeland of Australia, received a Gold Record for “Sailing Australia” (America’s Cup Theme) and had the honor of backing Blues Legend Muddy Waters on harmonica for his West Australian tour.

In 1994 he moved to Melbourne, Victoria and released his first album, “Tears of Ice”.  This was followed by “Yesterday Is Over” in 1996 with his band Blue Devil and “Live At The Soup Kitchen” (recorded in Detroit) in 1997 as a soloist.  In 2000, he released “Glass on The Stepping Stone” and “Live At St. Andrew’s”.  In 2003 he released “Way Down Deep Inside”, for which he received two harmonica awards and Album of the Year honor from US Magazine’s “Guide to the Best of the Blues Harmonicas & Beyond”.  Over the years Harper has received multiple Australian Blues Awards for Male Vocalist of the Year, Song of the Year, and Acoustic Artist of the Year.  Harper was also invited to perform at a Royal Gala Performance for the Queen of England in Perth, Western Australia.  His prolific recording career and memorable stage performances allowed Harper to take his music beyond Australia.  He’s played in the USA, Canada, Germany, Austria, Switzerland, Singapore, the United Kingdom, Italy, Belgium, China, The Caribbean and France.  He first started performing in the United States in 1996, and has toured regularly since.  It was on one of these tours that he caught the attention of Blind Pig Records, which made him their first international signing.  With a home on a US label and growing appreciation for his music from American audiences, Harper made the permanent move to the United States.  His animated shows have been well received at blues festivals, world music festivals, and by fans of jam band music.  Harper has become a huge favorite on the world wide festival scene with an average of 20 to 30 festivals and 200 club dates per year.  He was also invited to perform harmonica on stage several times with US super group, Journey.

Harper’s first Blind Pig release and American debut, 2005’s Down To The Rhythm, won accolades from the press for its unique sound and virtuoso performances, coupled with Harper’s compositional skill.  The second release from Blind Pig Records, Day By Day (2007), provided fans with another prime example of why his unique roots music style occupies a category of its own.  Ramble Magazine raved that Harper’s harp and lyrics have “a depth of feeling and thought that is unusual in today’s music”.  Blues legend John Mayall loved Harper’s songs so much so, that he included “Just What Your’e Looking For” on his album “Tough” (Eagle Records).  Harper’s third Blind Pig release “Stand Together” (2010) reached number 10 on the Billboard Charts and number 1 on Sirius XM Bluesville Charts.  His album, “Live at the Blues Museum” (April 16, 2012- Blu Harp Records) was recorded at Canada’s only Blues Museum, Place Concorde, Windsor, Ontario.  “Live at the Blues Museum” reached number 1 on the Sirius/XM National Radio Charts, USA/Canada.  The album received “Best Live Recording” Award by Blues411, New York.  Windsor, Canada’s Television network, CFTV 34 aired “An Evening with Peter D. Harper” in 2013 and he was also nominated for two 2013 Detroit Music Awards, “Outstanding Artist” and “Outstanding Recording”.  Harper released an acoustic blues album with Motor City Josh called “Bare Bones” (Blu Harp Records) in October, 2013 and followed up with a very successful national tour.  He also received a 2013 “Happy to Have the Blues Award/Best Instrumentalist” in “Big City Rhythm n Blues Magazine”.  Harper won a 2014 Detroit Music Award for “Outstanding Vocalist” and was also nominated for five Detroit Music Awards.  Harper and Midwest Kind were featured on PBS TV, WKAR “BackStage Pass” in 2015.  This TV presentation was syndicated worldwide and Harper was nominated for two 2015 Detroit Music Awards and received a 2017 Detroit Music Award for Outstanding Vocalist.

In 2016, Harper released “Show Your Love” (Blu Harp Records) This album hit # 3 on the Billboard Blues Charts (July 27, 2016) in addition to an amazing 6 Months in the Top Ten on Billboard, (September, 2016) “Show Your Love” also hit # 1 in The Netherlands, # 1 in Italy and #3 on the Australian Blues Charts (Top 5 for 5 months).  In 2018, Peter D Harper’s new project with German Guitarist Joachim Griebe called “Harper & Griebe” released an album called “Distant Unity”.  This CD is available through BCS Music in Germany.

We welcome the incredible Harper and Midwest Kind LIVE at The Music Room on August 20!  This is a Do-Not-Miss Show!