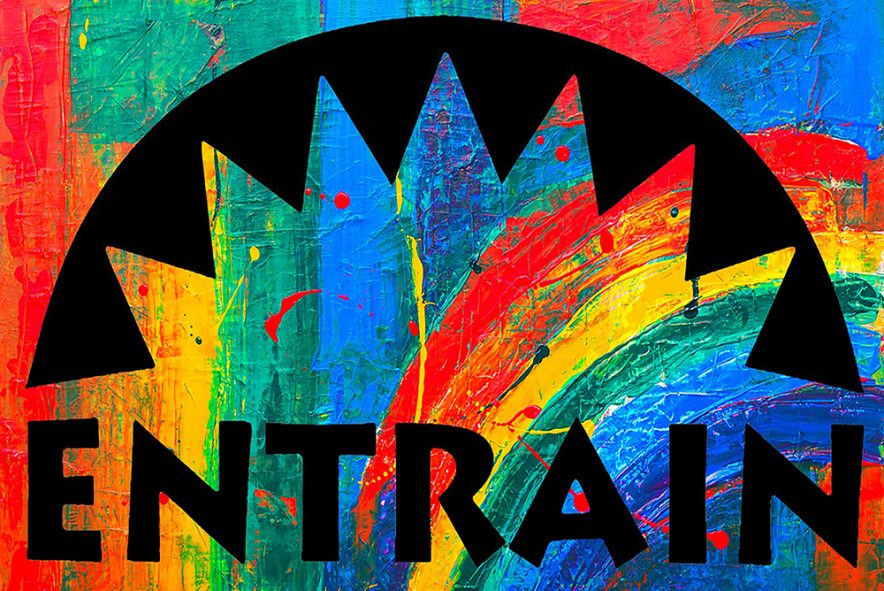 Epic in sound and kaleidoscopic in vision, the eclectic Martha’s Vineyard-based six piece Entrain has been thrilling critics and fans alike since its inception.  Formed and led by drummer Tom Major in 1993 while on hiatus from touring with Rock legend Bo Diddley, Entrain has been blessed with a list of top tier musicians over the years.  Among them and often joining Tom is lead singer/guitar wiz Brian Alex.  Joining them is bassist M’Talewa, saxophonist/keys/percussionist, Rob Loyot, saxophonist/percussionist Hilary Noble and Trombone/keys, Lennie Peterson Veterans all, their collective resume includes stints with such diverse players as Bo Diddley, Carly Simon, Chuck Berry, Southside Johnny, James Mongomery, Gary Burton, and Blood, Sweat, and Tears.

Entrain has recorded eight albums, available on Dolphin Safe Records, all of which have been praised for their ability to shift effortlessly between musical styles, from rock, blues, calypso and ska, to zydeco, jazz and funk and often within the same song.

“The whole Entrain concept is based on the drums and infectious rhythms.  Once we’ve got that, anything goes, everything goes,” explains Major.

“The most important thing that we try to do with our music is bring everybody together in the spirit of peace, love, fun and a ton of drums!”

The first single from “Reason To Feel Good”, titled “Lucky Just to Be Alive,” having only been given to a few stations late in November 2011, was number 2 in WMVY’s top 25 songs for 2011.  Combining top notch musicians with great songs, and infused with some passionate and conscious lyrics, this CD is undoubtedly the best work from the production team of Major/Alex.

Entrain’s visibility had increased a few years ago, as their song “Dancin’ in The Light” had been featured in a national TV and radio commercial for the Sylvania Light Company.  Also, several tracks from their fourth CD “All One” are featured in the Artisan film “Cutaway,” an action-thriller starring Stephen Baldwin, Tom Berrenger and Dennis Rodman.  “Cutaway” premiered in May 2001 to strong reviews at the Cannes Film Festival.  Producer Richard Glasser personally chose to feature the album’s shimmering tittle track prominently in the film.  The anthemic “Arm Yourself” and the ska tinged “Jolly Green Giant” are included in the film.

Since its inception, Entrain has jammed with the likes of singer/songwriter James Taylor, Grateful Dead alum Bob Weir and rock legend Bo Diddley, and amateur saxophonist and professional leader of the Free World Bill Clinton.  Entrain continues to perform as a hugely popular live act throughout the northeast and mid-Atlantic, and in 1995 the band garnered a Boston Music Award for Best Live Show.  Before their appearance on the “Cutaway” soundtrack, Entrain’s music was used as the theme song for MTV’s Real World Hawaii.  Their t-shirts, bumper stickers and posters have been featured on the popular WB series “Buffy The Vampire Slayer.”  Entrain has also starred in and performed a memorable TV commercial for one of the nations leading furniture retailers, which aired during the 1999 Super Bowl.

Entrain’s goal is not just to be the biggest and the best, says Major.  “We want to create music that makes people feel good.  When we look out from the stage, all we see is smiling faces of all ages and bodies moving.  You can’t beat that feeling.  At the same time if we can help to promote positive values and lifestyles, great!  There’s enough negativity in the world, let’s spread a little joy around and watch how infectious it can be.”