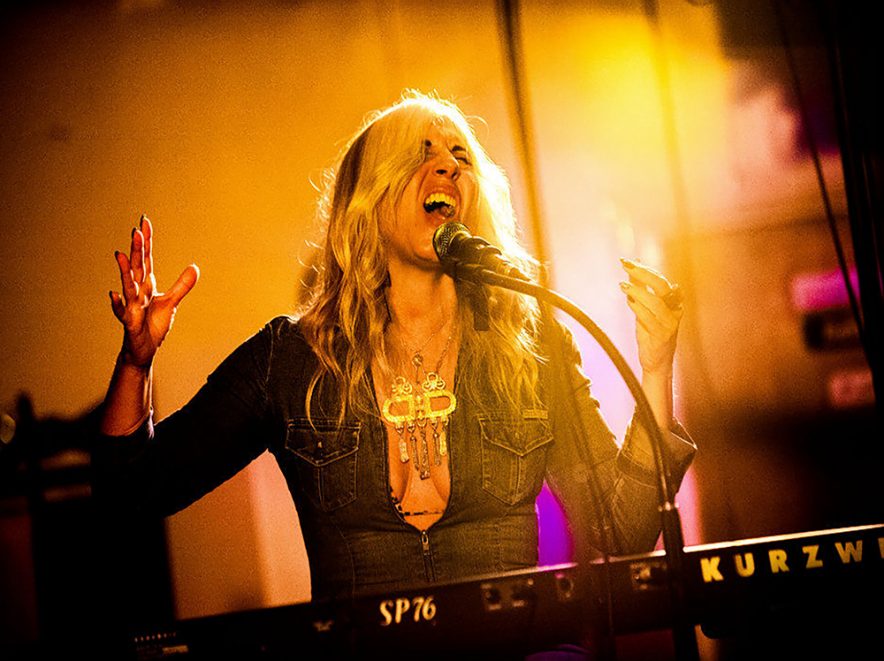 Standing before one of America’s truest art forms with an unconditional passion to give the Blues everything she’s got.  Eliza Neals, a Detroit born blues-rock star on the rise, honors the gut-wrenching, soul splitting intent the American roots of contemporary blues represents with inspired songwriting, live performances, and magic not seen in years!

Original compositions have garnered Eliza a 2018 Detroit Black Music Award for “Blues Artist of the Year.” and FIVE Detroit Music Awards, and a total of fourteen nominations in the newly formed “Independent Blues Awards” along with “Get Ready To Rock UK’s” glowing Best Artists awards in five categories.

SIRIUS XM CH.74 B.B. Kings Bluesville has had Eliza Neals in rotation since she released her incendiary ‘Breaking and Entering’ literally breaking her into the National Blues scene.  A total of fifteen of Eliza’s songs have been played on Sirius XM satellite radio.  Her blues ballad “Another Lifetime” reached #6 on Rack-of-Blues and her most recent album “Black Crow Moan” reached #9 on Rack-of-Blues in 2020.  “Sugar Daddy” released the summer of 2021 reached #5 and remained on for twelve weeks and finished in the Top Blues Songs at #12.  Eliza’s albums have made it onto Billboard Top #25 and had 5 singles in the TOP 5 spots on Amazon and iTunes for over 3 months.

A cadre of amazing musicians has backed up Eliza Neals over the years.  “The best in the business” is what people are saying with an all-star line-up wherever Eliza goes, the audience will be thrilled with her band and a number of special guests.

Her radio charting and press is phenomenal, however, the standout is seeing Eliza Neals perform live.  Eliza’s live shows are exciting, intoxicating and jam-packed with sultry powerful vocals, spirited moves, and soulful piano playing, all while leading her stellar band not missing a beat.  Phil Ohlinger the president of the Ohio “Big Bend Blues Bash” who booked Eliza said, “In seventeen years we have had some great women vocalists perform but NOT ONE has outperformed Eliza.  I think we have a new crowd favorite!.”

Join us at The Music Room at 7 PM (doors open at 5PM) for Eliza Neals with an album release party of epic proportions as she promotes her latest release, “Badder To The Bone”!