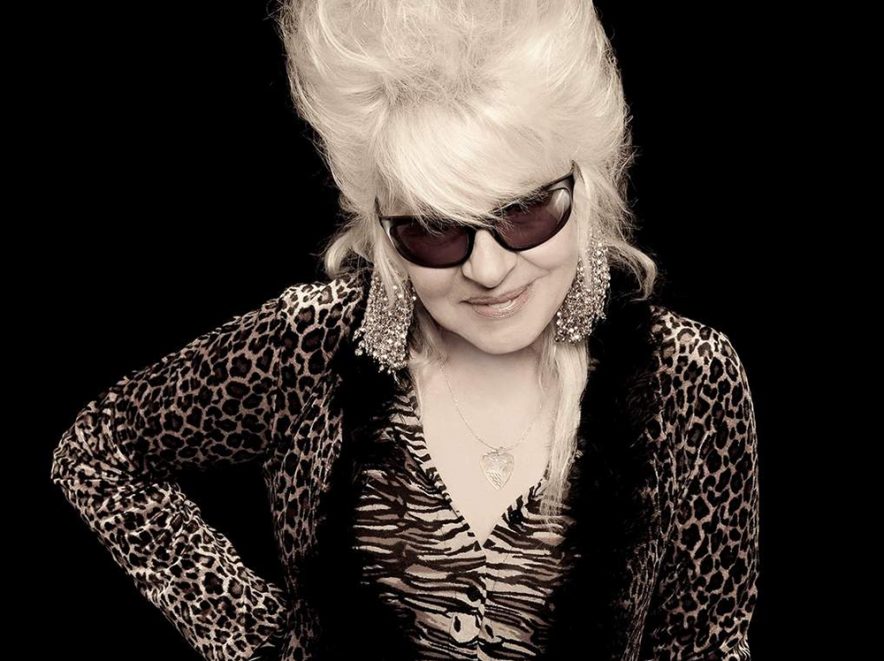 Ohlman’s live shows with Christine Ohlman & Rebel Montez (Cliff Goodwin-Guitar/Joe Cocker); Michael Colbath-bass; Marco Giovino-drums (Robert Plant & Band of Joy, Tom Jones) are legendary for their fiery musicianship and superb storytelling.  Ohlman is an inductee to the National Blues Hall of Fame of American Heritage, and she recently took part in two days of filming in the Boston area with blues greats from around America for a filmed documentary on the late, great bluesman, James Cotton.  Her voice graces Quentin Tarantino’s “Once Upon A Time in Hollywood” (in a guest-vocal turn on the Rolling Stones’ classic cut “Out of Time”).  Ohlman landed the Top Female Americana Vocalist honors on The Alternate Root’s International Readers’ Poll (she shares top slots with Paul Thorn, The Mavericks, and Rodney Crowell) and is fresh from pre-Covid appearances onstage in NYC with Bonnie Raitt, Keb Mo, Trombone Shorty, Jon Batiste and Paul Shaffer; at the Paris Conservatory and the Royal Academy at Ghent with The Sessions Panel; on the SNL 40th Anniversary broadcast and Post-Broadcast concert at the Plaza Hotel; “The Tonight Show With Jimmy Fallon;” multiple appearances on the soundtrack for the HBO series “Vinyl,” including a duet with Elvis Costello; the Carnegie Hall Tribute To The Rolling Stones; the Rock and Roll Hall Of Fame Induction Concert in Cleveland (HBO) and The WC Handy Festival in Muscle Shoals, where she’s been the special guest of the Blind Boys Of Alabama and led an All-Star Shoals tributes that included Bonnie Bramlett, Candi Staton, and other Southern soul greats.  Her numerous studio and live collaborations encompass Grammy-nominated recordings with Charlie Musselwhite; “Evenings of Duets” with the late Mac Rebennack (Dr. John); Dion, Ian Hunter, Marshall Crenshaw and the late Levon Helm (all of whom guested on “The Deep End”); a longtime onstage collaboration with legendary NRBQ guitarist Big Al Anderson; plus appearances with Al Green, Steve Miller, Smokey Robinson, Bonnie Raitt, Brian Wilson, Bruce Springsteen, and the late George Harrison.  With JoJo Hermann of Widespread Panic, she leads the “Down On The Bayou” New Orleans Jazz and Heritage benefits for the New Orleans Musicians Clinic.  She guests on Rock and Roll Hall of Fame inductee and legendary Rolling Stones producer Andrew Loog Oldham’s “The ALO Orchestra Sings The Rolling Stones Songbook Vol. 2,” named “Coolest Record Of The Year” by SIRIUS/XM’s “Little Steven’s Underground Garage.”

Ohlman is a noted musicologist and record collector who was one of the original contributing editors to the All Music Guide. Mixing a fiery brand of rootsy Americana with an old-school soul music flavor, she serves up a style that’s been dubbed by SIRIUS/XM’s Dave Marsh “Contemporary Rock R&B.”  For her live shows, Ohlman will bring to the musical table songs from her six albums plus 2022’s upcoming “The Grown-Up Thing.”  “I’ve come here to set your souls on fire,” she tells her audiences.  And she will!