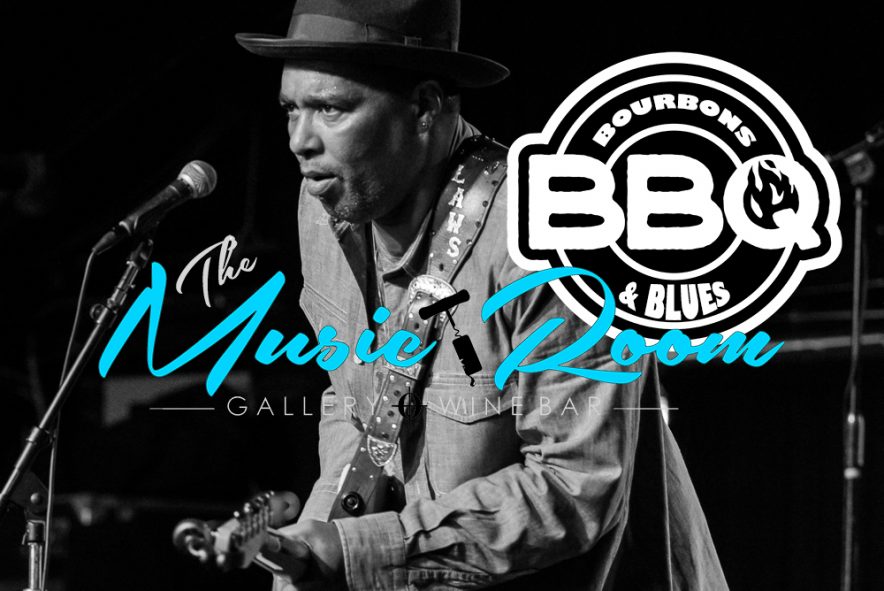 Join us every Sunday at 1:00PM as The Music Room and Junior Betts BBQ present, BBQ, BOURBONS & BLUES, with Willie J. Laws, The Last Prophet of the Funky Texas Blues!  FREE ADMISSION! NO COVER CHARGE!

Pair this BBQ on Sunday afternoon’s with Legendary Blues man, Willie J. Laws performing LIVE! This is a recipe for all!  A Texas guitar “gun slinger”, vocalist and song writer The Willie J. Laws following in the footsteps of T-Bone Walker, Lightning Hopkins, Albert King and many others. This music is the kind of real Texas soul, all mixed up with classic R&B, country, blues/funk that grows from the Texas soil. Willie has performed nationally and internationally, including two tours of Russia at the invite of the US Consulate in St Petersburg. Once the house band at The House of Blues/Mandalay Bay in Las Vegas and Margaritaville in New Orleans. Winners of the Blues Society Challenge 2011, Semi-finalists at the International Blues Competition 2012 and Beale St Kings Awards. A two time nominee for New England Music Award; Best Blues Act 2015 and 2016, Nominee for Boston Music Award 2015; Best Blues Act 2015. Come see what many are calling the “Real Deal”.  See Junior Betts BBQ Menu Below! 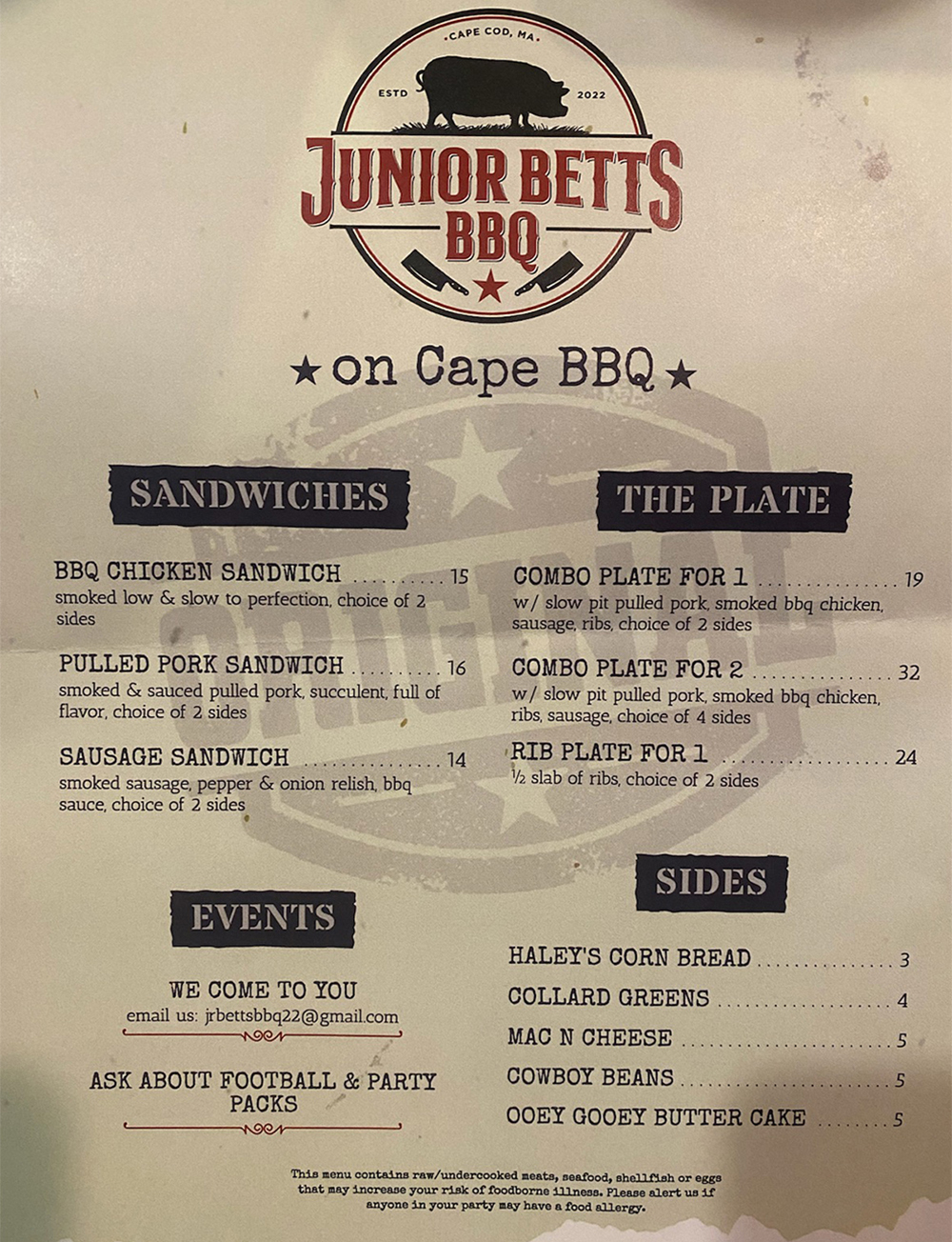