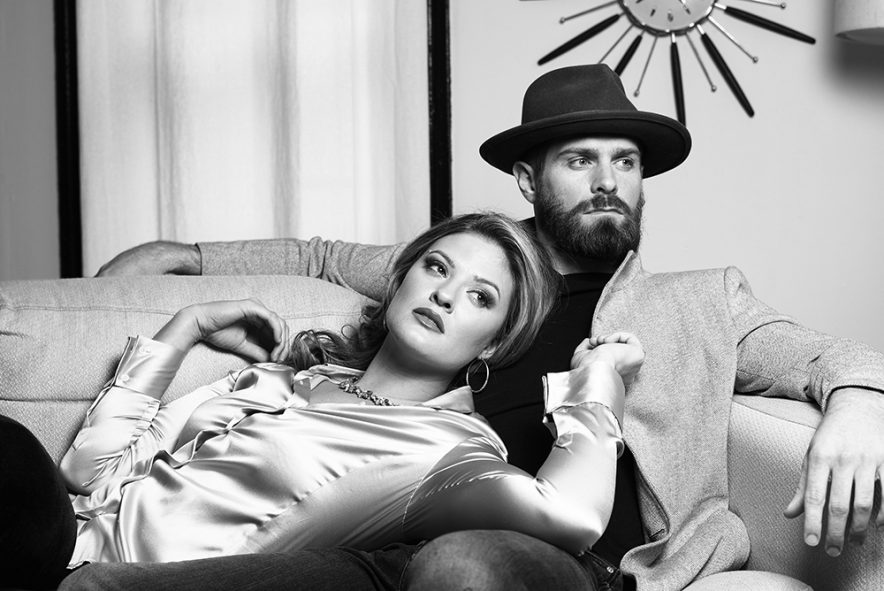 From parachuting with the Army Golden Knights jump team, lighting up the scoreboard for Boston College Basketball, or acting as a main correspondent for national news programs, Ayla Brown is no stranger to the spotlight.  Most recently, she has been named as the Morning Show Co-host at Country 102.5 in Boston.  “Jonathan Wier and Ayla Brown” can be heard weekdays from 5:30 to 9am on WKLB-FM.  Musically, Ayla has released two full length albums, Heroes & Hometowns and Let Love In, both to critical acclaim and her new single, “Label,” is available on all digital platforms, and a duo project with musician, Rob Bellamy called Make it Mean Something.  Some of her national performances include the Orange Bowl, the Boston Pops 4th of July spectacular, Fox & Friends, ESPN’s Monday Night Football, and The Huckabee Show.  She was also a finalist on nationally renowned television program American Idol, and she continues to utilize her vast repertoire of talents while advancing her already successful and illustrious career.

On November 2019, country duo, Ayla Brown & Rob Bellamy released a 6-song EP called Make it Mean Something.  All songs were co-written by Ayla Brown and Rob Bellamy with writers in Nashville and the project was recorded at Jackpot! Recording Studio in Portland, OR.  The project was engineered by Gus Berry.

On August 11, 2017 Ayla Brown released a new single called “Label” on all digital platforms including Spotify, Apple Music, iTunes, Pandora and more.  “Label” was written by Ayla and acclaimed songwriter, Erik Halbig and was produced and recorded by Mark Dowdy of Rivercrest Music.

On Valentine’s Day in 2017, Ayla Brown released “Take Your Name” on digital platforms as well as radio.  The song is an upbeat, catchy country tune about being in love with someone so much that you want to take their last name. It can be downloaded now!

In May of 2015, Ayla released a full length 13 song album titled Let Love In.  The album was sponsored by popular restaurant chain, Texas Roadhouse, and currently two of Ayla’s songs, “Let Love In,” and “Matches and Gasoline,” are in rotation in every Texas Roadhouse jukebox throughout the country. Also, Ayla’s first single, “Let Love In,” is being played on numerous radio stations throughout the United States.

In November of 2012, Ayla released her second album Heroes & Hometowns and achieved a life-long dream of performing at the Grand Ole Opry in Nashville, TN.  Since the album’s release, Heroes & Hometowns has peaked at #1 on Amazon MP3 and #51 on iTunes.

Ayla is supported by her parents, former United States Senator of Massachusetts, Scott Brown and TV reporter, Gail Huff as well as her sister, Arianna.